Owning your own home definetely has its perks, but we’ve had so many annoying things happen in the short 5 months we’ve been here. We replaced the furnace. Some windows were leaking. A drawer and a cupboard door are broken. And the shower in our soaker tub didn’t work. Stewart tried to fix it only to discover it was unrepairable and then the pipes sprung a small leak. Annoyance after annoyance. But, we overcame it. 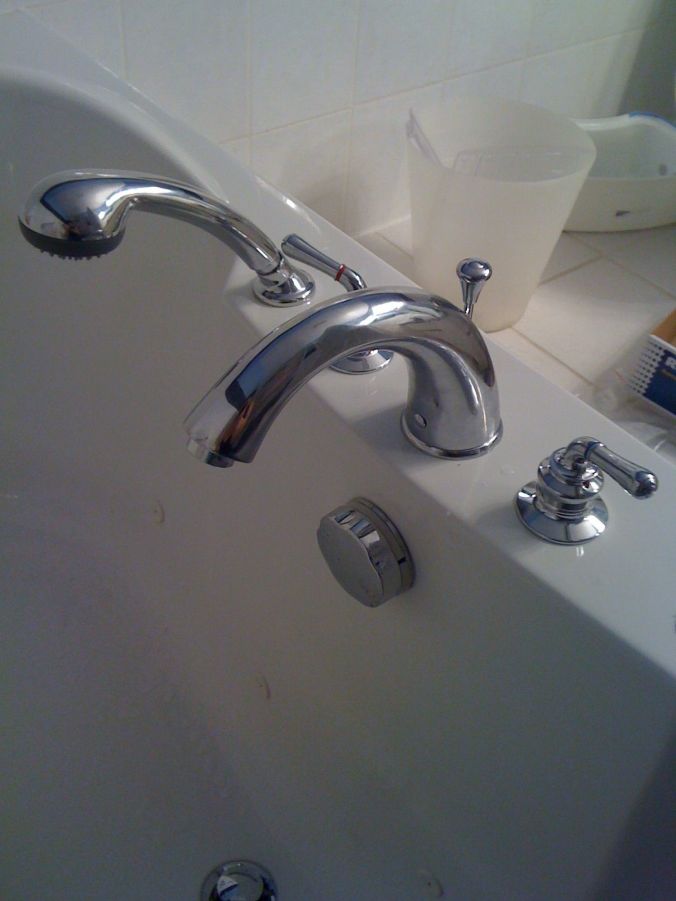 The new faucet and shower has been installed. And it’s beautiful!!! Just look at it. All shiny and curvy, oozing with promises of hot, steamy and luxurious baths.

But that’s not all that’s beautiful about this. I found beauty in teamwork today. Sure, Stewart did most of the work. But I helped. And I gave him the very important moral support that prevented him from swearing while waving a wrench around. We make a good team.